Three ways to be just pushy enough on mobile 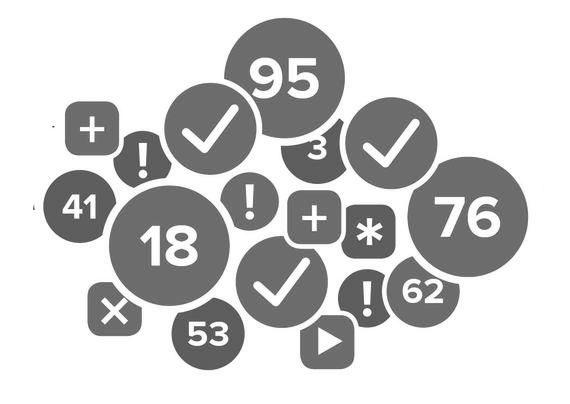 This excerpt from mobilized appeared in InVision and The Huffington Post.

The mobile revolution isn’t simply a technological invention from which we can disconnect at any time. We can’t disengage from the air we breathe or from the feet that carry us. Similarly, in today’s world we can’t disconnect from our mobile products. They are extensions of ourselves. For companies, it means focusing on delighting customer with a great mobile experience where context and privacy have a place.

1. Be sticky: delight them or go home.

Most of us have a fairly simple way to keep technology at bay when we want to distance ourselves from it: we walk away. We leave the office or factory at the end of the work-day, we turn off the computer, we switch off the TV.

But what of mobile products? Do we walk away from them the way we disconnect from most technology? We hope we can simply turn off our smartphones, but very few of us do. In fact, statistics show that two people out of three place their mobile devices on the nightstand next to their bed. It’s the last thing we put down before we go to sleep and the first thing we check when we wake up.

We’re not being forced to sleep with our mobile devices within arm’s reach. We want to do it. We don’t want to be separated from it. It’s become what’s called a sticky technology, where we’ve formed such a strong attachment to our mobile devices that our use of them is an ongoing, almost unconscious habit.

Contrast that with the brutal fact that half of the smartphone apps in the Apple App Store don’t have a single user. Businesses that want to succeed in mobile need to make sure that they build an experience that matches our high expectations.

With the mobile revolution, there is a lot more data about everything and everyone than ever before. And there is no going back.

What was especially tricky about our test was how much it required from the users to be successful – it required 5 steps to change their settings. Typically, mobile companies lose 90 percent of their users with each step, so we weren’t optimistic, but to our surprise, almost one in four users went ahead and changed their settings.

What I found interesting about this that it reveals how quickly user behavior evolves on mobile. As recently as six months before we ran the test, a majority of Facebook users were skeptical about push notifications so they opted out of receiving them. They weren’t quite sure what push notifications were or whether they had any value. Some felt a bit assaulted by them. And all of a sudden, people realized that push notifications allowed them to know instantly when a friend had posted a photo of them, or sent them a message, or tagged them in a post. So they wanted push notifications. What was appropriate earlier was no longer the norm now.

The amount of data available to mobile companies means that they can personalize the experience of each user to their mood, location and context. Businesses that figure this out will win.

What if instead of a smartphone, our favorite mobile device was a watch? An earpiece? A pair of contact lenses? A smart patch? A smart pill? A digital nerve ending? As mobile devices shrink, they get more and more integrated into everyday objects around us and more and more deeply embedded within us.

The abundance of information collected by our mobile devices is mostly helpful, though sometimes it can expose our private lives to a level of scrutiny that challenges our comfort level. The unprecedented level of personal exposure that the mobile revolution demands in order to function is relatively uncharted territory and will eventually need checks and balances.

When government has had easy access to our personal information in the past, it has had nefarious consequences: surveillance states, “enemies” lists, persecution of dissidents. In places like China, it is still a reality today.

The same goes for commercial control of our personal data. The European debate around the “right to be forgotten” is an example of democracy in action, of people demanding more control of their digital selves.

In fact privacy loss is a topic that divides generations. Most millennials don’t believe there is such a thing as privacy; many baby boomers feel that it’s a right.

The disappointing launch of Google Glass is an example of what can happen when a mobile product fails to manage expectations around privacy. Its power was seen as scary and out of the hands of its users. People felt it was built primarily to serve Google’s own interests, that it was designed to collect data for the benefit of the tech giant rather than to serve the needs of its users. People wearing Google Glass were asked to leave bars, movie theaters, and casinos. The product was removed from the market at the beginning of 2015.

To learn more about the mobile formula, including how to apply it to your own company, read my book, mobilized: an insider’s guide to the business and future of connected technology or visit scmoatti.com.