How often does love come into the picture when teams are building mobile apps?

Love may seem like a dopey thing to talk about when it comes to creating successful mobile apps, but the truth is, people have to love a mobile app in order for it to break into the market.

Love is what makes an app successful.

In an era where everyone has a mobile phone and companies are savvy about collecting data, how can you create apps that people love?

The Future of Mobile

Before we dig deep into how to create mobile apps people love, we have to address the mobile landscape.

According to Moatti, there have been three waves of mobile innovation, and we’re currently in the third wave.

In wave 1, mobile devices became ubiquitous. There’s now a phone in everyone’s hands. “This was the era of Nokia and Blackberry,” explains Moatti.

In wave 2, we started collecting data about our users. “This was the era of Facebook and Instagram,” she says. “Mobile apps have allowed us to keep track of everything someone is doing — where they are, who they talk to, what their schedule looks like.”

In wave 3, we’re now learning to do something useful with what the first two waves gave us. Moatti believes doing something useful means disrupting complex industries like enterprise services, consumer health, and infrastructure software.

In today’s mobile world, you have access to all kinds of data. You can pinpoint the exact location of your users, what they’re doing, even how many meetings they have on their calendar.

According to Moatti, it’s on you to interpret this data to better understand your users, their context, and their real identity.

“When people ask me about the essence of mobility, I tell them it’s about understanding a user’s real identity, as well as their context,” she says.

In order to build great products, you need to think about how what you’re building takes into account another human’s full identity and context.

“We started sending people push notifications when their friends are having a birthday,” she explains. “We were worried because we realized that on average, Facebook users had 130 friends. So that meant they’d get a push notification once every two days, which is quite a lot.”

Although Moatti’s team thought these push notifications might annoy users, it turned out to be one of the best performing notifications released during her time at the company.

“People use Facebook to stay close to their loved ones,” she adds. “So alerting people to the birthdays of their most precious friends and family members worked well on the platform.”

In order to be successful on mobile, you have to understand what matters to your users, why they’re using your app, and offer the right push notifications at the right time.

How to implement:
Rather than focusing on the practical reasons a user would download your mobile app, consider the emotional reasons they do so. What core emotions make someone use your app?
For example, users download Trulia, a real estate app, because they want to build a new home and a new life. They want a fresh start.
Once these emotions and desires are defined, figure out how you can enhance the usefulness of your app by meeting these needs.

If It’s Mission Critical, Ask for Permission As Early As Possible

Mobile apps have the ability to gather a staggering amount of data — they can track the most intimate details of a user’s life by accessing health data, calendars, photos, and contacts.

But users aren’t always ready to give these permissions away.

According to Moatti, you have to be strategic about how you ask for permission. “If asking permission is mission critical to the experience, ask as early as possible,” she says.

If it’s mission critical, ask as early as possible.

How to implement:
On a practical level, your app depends on getting users’ permission in order to be as useful as possible. What are the key features your apps needs for people to experience its core value?
For example, a ridesharing app needs to know a user’s location. When someone downloads a ridesharing app, they should immediately be asked to share their location.
Ask for permission for these things as early as possible – it’s mission critical. If you don’t, you’ll wind up with a lot of people who don’t see the value of what you’ve provided.

Ask As Late As Possible for Everything Else

If you ask users for permission to access everything right away, they’re likely to be turned off. “That’s why you want to ask as late as possible for anything that isn’t mission critical,” explains Moatti.

For example, if you want to send photos using WhatsApp, you have to give the app permission to access your photo library. But this isn’t something WhatsApp asks you to do right away.

Instead, WhatsApp waits to request permission until you try to send a picture to a friend using the app. At the last possible moment, WhatsApp asks for permission. 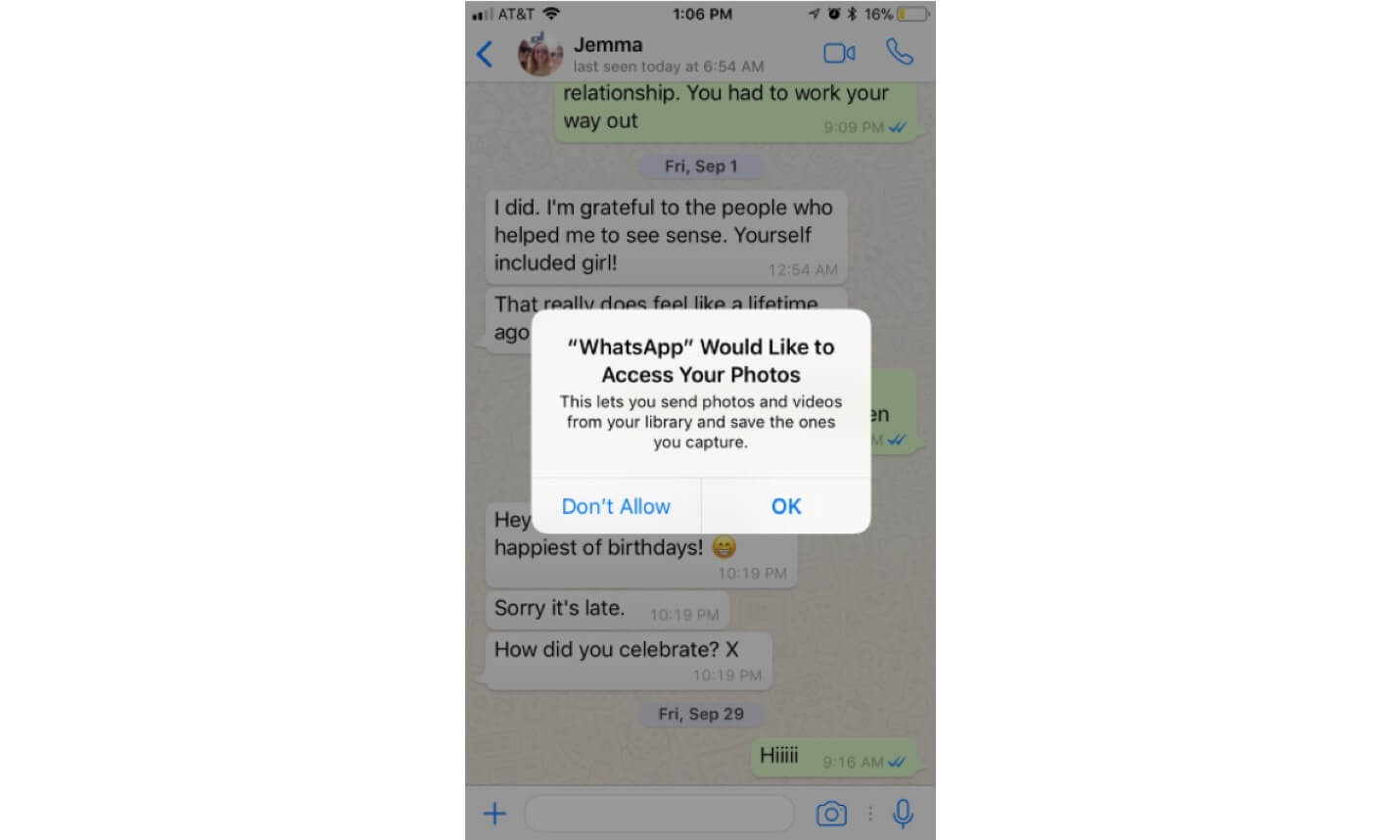 “We all want to look good, to have mobile products that are beautiful and efficient, and we all want to have a meaningful life,” she says.

Here’s how to build mobile apps that fit within Moatti’s go-to framework:

When it comes to building great mobile products for the enterprise, Moatti suggests considering both internal and external transformation.

An external transformation is the process of creating new mobile products and experiences for your users.

“This is a human-first approach to building technology. You have to think of how you can provide users with a version of their best selves.”

On the other hand, internal transformation is creating a mobile-driven culture within your company.

“Company leaders have to make sure their employees know how to build mobile products that people will love,” explains Moatti. “The culture of the company needs to change radically if you want a mobile transition to be successful.”

For example, Uber and Lyft rely on mobile to deliver their product, which is cars on demand. They depend on an internal culture of putting mobile first in order to build experiences that resonate with users.

Don’t Underestimate Changes in the Landscape

Technology is constantly changing how users interact with products, and Moatti has seen first-hand that underestimating the power of these transformations can lead to catastrophe.

“Facebook would’ve been dead if it had not gone mobile.” she says. “Many big companies were basically put out of business for not adapting.”

For some, it may seem easy to sit back and rest on a business that’s already been built. But the savviest companies keep a close watch on the changes in the landscape — and adapt accordingly.

As Moatti says: users haven’t changed. “Nothing is different about today’s users,” she says. “These are people.”

Mobile Growth Fellowship Podcast: Finding the Perfect Blend of Data and Creative During the Different Stages of Growth